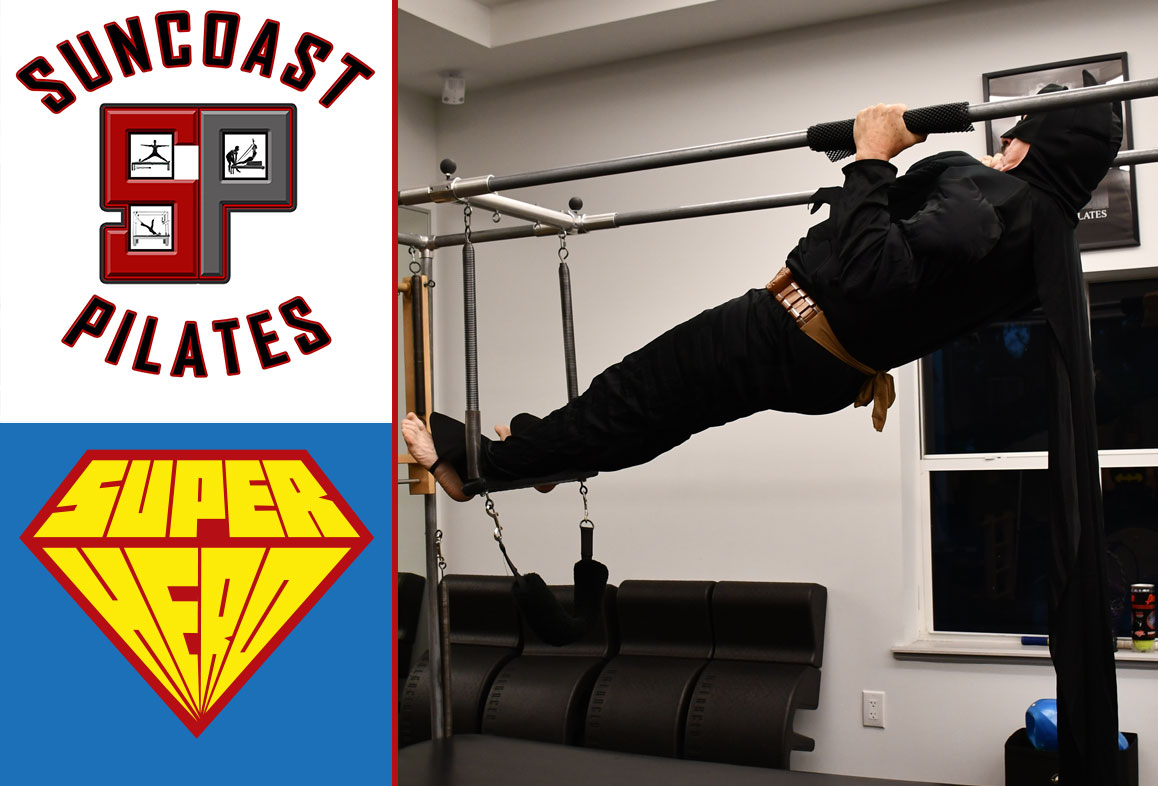 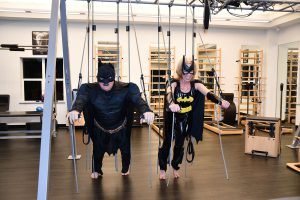 Bob was a marathon runner and triathlete, who had competed in twenty-six marathons, ten triathlons, a few hundred 5/10Ks and four Empire State invitational runs. Bob was born with severely bowed legs, and his family doctor told him to run to strengthen his legs. He came to Suncoast Pilates over 18 years ago, referred by his physical therapist to do Pilates or Yoga. Running all these miles each week, Bob had experienced pulls in both his hamstring and quadricep muscles. He had back pain from an injury sustained while lifting heavy furniture, resulting in laminectomy surgery. As a typical male client, and working on a computer every day, Bob was tight in the thoracic and cervical areas, hamstrings, quads and hips, and pectorals. When he first came into the studio, he chose to start with Yoga. He continued to run, but after so many years of marathons and weekly running events, Bob was diagnosed as having almost bone to bone knees, torn cartilage, knee spurs and tendonitis. He had both knees scoped with surgeries to clean up the cartilage and bone spurs. After one knee scope, he experienced a rare event of a pulmonary embolism, and was rushed to the emergency room unable to breathe. Fortunately, Bob was treated in 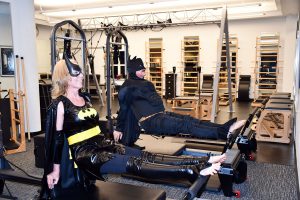 time and recovered. Prior to further surgeries a vein filter was implanted.

Being in the computer industry, Bob is “on call” one to two weeks monthly, often being called throughout the night, having to problem solve and meet tight deadlines, his workouts needed to be stress relieving as well as intense to meet his athletic background. After a couple of years of Yoga, I suggested Pilates. As an athlete, he immediately took to Pilates, which helped to alleviate his back pain, was gentle to his knees, provided stress relief, focused further on breath and provided so many equipment assisted stretches he needed. We utilized the Cadillac and Ladder and Step Barrels for stretches to his back, hamstrings, quads and hips. On the Reformer legs straps were a favorite, as well as lunges and splits for stretching; for strengthening we gradually added the entire Pilates repertoire on the Reformer, Chair and Cadillac. We opened his tight pectorals and increased his back strength with exercises such as Chest Expansion and arms pull straps, increased his shoulder mobility with all the exercises in the rowing series. Bob eventually had to have his right knee replaced; Pilates was his post-rehab, once he was released from physical therapy. He switched to biking instead of running: Pilates was perfect to work on his posture as well as the combination of continued strength training, along with much needed stretching. He will eventually need a second knee replacement; Pilates has allowed him to delay that surgery. 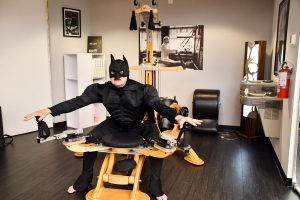 Passionate about Pilates, Bob joined me in the business as co-owner of Suncoast in 1992.  In 1993, I had a retinal detachment with three surgeries a month apart. During the last surgery, I had a stroke while under anesthesia, went into a coma, and a week later awakened left side paralyzed and blind in the left eye. Bob stood by me in the hospital throughout this ordeal, taking care of me and the studio, while working full time at his computer programming job. Pilates was also my post rehab. Bob challenged me to run a Disney half marathon with him, as a goal six months after my stroke. He held my hand the entire half marathon, pulling me across the finish line. Bob proceeded to take me in front of Cinderella’s Castle, knelt on one knee and asked me to marry him, which I did in 1994. 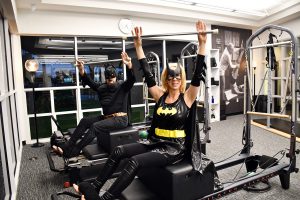 Since he was now co-owner of a Pilates studio, he accompanied me to numerous Pilates conferences and workshops and participated in each. Through the years, he completed his Balanced Body Comprehensive Pilates Instructor Training under me. Bob continues his Pilates practice with privates and group sessions at Suncoast weekly. When asked what Super Hero he felt when doing Pilates, he showed up for pictures as Bat Man, and Nancy from 5 of 6 in this blog series showed up as Bat Woman. They could not resist being photographed together! Since Bob and Nancy sometimes take classes at the same time, I put them through the paces of a Reformer, Chair and Cadillac workout for the pictures. We included pictures from other equipment they both work out on in and trained on in the studio – the CoreAlign, Bodhi and Gyrotonic.

Bob continues to work by day as a Senior Associate at a major computer consulting firm. By night, he comes out, like Bat Man, to assist and serve in the studio. Bob is absolutely and will always be my Super Hero! 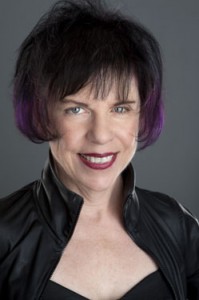